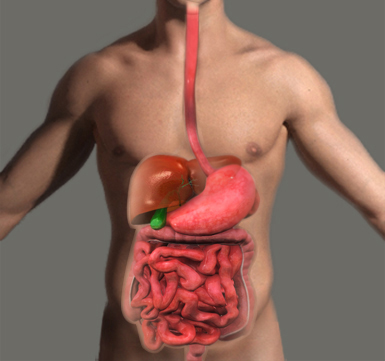 Gastrointestinal (GI) system is one of the important organ systems and is associated in digestion, absorption and excretion of food providing energy to our body. Various conditions may affect the normal functioning of GI system and may lead to further complications. Gastro-intestinal surgery is the surgical subspecialty that involves treatment of any injury, deformity and disease of the gastrointestinal system with operative procedures. It is considered as an option when medications can no longer alleviate your condition. The common gastrointestinal conditions treated with surgery include appendicitis, pancreatitis, hernias, gallbladder disorders, and stomach and intestinal disorders.

Some of the general surgical procedures are as follows:

Appendicectomy is the surgical removal of the appendix and is the most common procedure. A 3–6 cm horizontal incision is made in the lower part of the abdomen on the right side, through which the appendix is removed. Alternately, the appendix can be removed by a keyhole operation or the insertion of a three-fibre optic camera through the stomach (laparoscopy).

Cholecystectomy is performed to remove the gallbladder if the gall stones cause pancreatitis. In open surgical procedure of cholecystectomy, a long incision 5 – 8 inch is made in the abdomen. The incision runs from below the ribs to below the waist. Laparoscopic cholecystectomy is an invasive technique to remove the gall bladder where small incisions rather than larger incision are made in the abdomen. Surgery is performed using laparoscope, a small thin tube instrument attached with tiny camera and lens that enables to view the inner area on a larger screen, and surgical instruments through these incisions.

It is the most common surgical procedure for pancreatic cancer. It is performed for the cancer of the head of the pancreas. In this procedure, the head of pancreas, duodenum, gall bladder and a portion of stomach is removed.

Upper gastrointestinal (GI) endoscopy is a procedure performed to diagnose and in some cases to treat problems of the upper digestive system. The endoscope is a long, thin, flexible tube with a tiny video camera and light on the end. It is recommended in conditions such as acute GI bleeding, chronic anaemia, and gastro-oesophageal reflux disease (GORD).

Oesophageal dilatation is a procedure to widen and clear the blockage in oesophagus. It relieves difficulty in swallowing. This treatment uses dilators along with an endoscope. It is inserted through the mouth into the oesophagus and passed to the blocked site. Endoscope enables viewing the inside of oesophagus and dilators pass down the oesophagus to increase the size. Patient should not take food for 4 – 6 hours before the procedure.

Percutaneous endoscopic gastrotomy (PEG) is a surgical method of passing a tube into the stomach to supply food, liquids, and medicines directly into the stomach without performing an open operation (open laparotomy).It is performed when patients have difficulty in swallowing or are unable to take food through mouth. Patients must avoid drinking or eating 8 hours before the procedure.

Colonoscopy is the procedure of insertion of colonoscope (a flexible tube with a small camera and lens attached) to view, diagnose and treat the conditions of large intestine (colon and rectum). The procedure can detect inflamed tissue, ulcers, and abnormal growths. It is used to diagnose early signs of colorectal cancer, bowel disorders, abdominal pain, muscle spasms, inflamed tissue, ulcers, anal bleeding, and non-dietary weight loss. The colonoscope is inserted into the rectum which gently moves up through the colon until it reaches the cecum (junction of small and large intestine). It is then withdrawn very slowly as the camera shows pictures of the colon and rectum onto a large screen. Polyps or growths can also be removed by colonoscopy which can be used for diagnosing cancer.

It is the surgical removal of a polyp. Polyps are non-cancerous abnormal growth of the tissue along the lining of gastrointestinal wall. Gastrointestinal polyps can be removed endoscopically through colonoscopy or surgically if the polyp is too large. During colonoscopy, the polyps are identified and cut using forceps. Larger polyps are removed by passing a wire snare, tightening the snare around the polyp base and then burning with electric cautery.

Colectomy is the surgical resection of all or part of the large intestine. The surgery is also called as large bowel resection. It is performed under general anaesthesia by open surgery method or by laparoscopic method. The procedure takes about 1 – 4 hours.

Hernia is an opening formed by the lining of the abdominal cavity. The standard method of hernia repair involves making an incision in the abdominal wall. Normal healthy tissues are cut until the area of weakness is found. This area, the hernia, is then repaired with sutures. Often a prosthetic material, or another plastic material, is sutured in place to strengthen the area of weakness. Finally, the skin and other healthy tissues that were cut at the beginning are sutured back together to complete the repair.