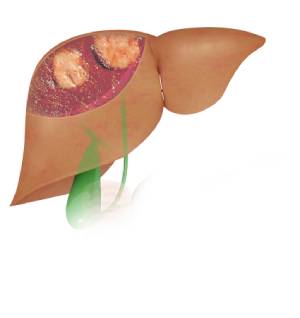 Liver cancer usually has no symptoms in the early stages. Symptoms can include:

Liver cancer is usually diagnosed with a number of different tests, which may include:

Treatment for liver cancer will depend on whether it is a primary or secondary cancer. Treatment is usually provided by a team of health professionals, which may include surgeons, medical oncologists, radiotherapists, gastroenterologists and a range of allied health personnel (multidisciplinary team). Treatment options may include: